On Strategy and Implementation.

Who is Ruud Gal? 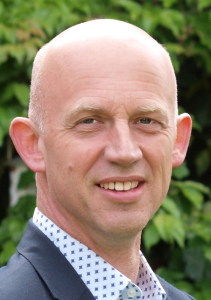 30 years of experience in the fields of strategy and innovation

what customers say about working with me…

If you don’t know where you are going,
any road will get you there

Innoguru offers different approaches to Strategy Formation, depending on the situation at the start, the level of uncertainty and the area of uncertainties.

If uncertainties are manageable and the focus is more on leveraging and combining the experience and the know-how of the organization and creating ownership for the strategy to be formed, a classical “Vision-to-Action” approach is appropriate.

The following elements have to be touched.

The approach can be customized to the specific business situation, using what is already there and adding detailed analysis, where that  is needed.

Two roads diverged in a wood, and I—
I took the one less traveled by,
And that has made all the difference.

Many managers think that avoiding uncertainties is a good thing to do.  And if you have a lot to loose, the seems is a fair approach .

However, companies like Philips, Siemens, GE, Albert Hein, but also Microsoft, Apple, Google in their times have grabbed the risky opportunities and discovered new roads to fortune and became game changers.

But to go where nobody has gone, requires intuitive decisions and a lot of luck. Once the succes is there, people tend to explain this success to their competences, but it is not unlikely they were very lucky.

Every once in a while organisations are confronted with situations that require bold steps. To focus and mobilize the potential of the organizations it is then preferred to define stretched, but clever defined, targets, with  no guarantee that they will be met (completely). If you limit your organzation to meet only rational and achievable goals, you may run the risk that the organization reaches the targets set, while your competitors surpass your organization.

An example is the transformation that the Lighting industry was undergoing in the last decade. It is moving towards LEDs (moving the competitive edge away from production technology, so old business models run obsolete), it is moving towards digital (new business models, from products to services). However,  there is the possibility to unlock new business space,  based on applying light for new biological functionality, focused on well-being and staying healthy.

I was asked to design and facilitate the proces of creating a vision and a roadmap with key people  in the Lighting industry. It is a good example to help the companies in the industry with there own ambitions, positioning and roadmap, but also in affiliated industries and the European Commission and Countries to have ambitions defined and a visionary roadmap drawn, which indicates the right directions.

A decision is an irrevocable allocation of resources

Strategic Decision Making is a very practical approach for addressing specific stratgeic issues. It is very strong on mobilizing and leveraging the know-how of people involved in the process. It ends with an underpinned advice (based the combined knowledge  of the people involved).

Traditional Innovation Management focuses on how to organize as a private company the internal processes, like roadmapping, programming, competence development, value proposition and technology development.

However, in the last three decades business have organized themselves in networks and there is a lot more interaction with the outside world to be managed in innovation.

In this way, interactions with public organisations, regional and global industrial associations, NGO’s, media and the general public can be embedded in one strategic approach towards innovation. This is absolutely necessary to cope with the challenges of today.

Modern Innovation management implies to lead a collaborative network of internal and external actors to create and deliver new added value (additional pie) to its eco-system.

The more added value a player has, the more power it has to influence the network towards its ambitions.

Managing innovative networks feels like gardening. The grass decides whether it wants to grow and in what direction, the gardener can provide seeds, water, conditions for light and warmth, fertilizer, soil or regroup plants, but then he has to wait and see what happens. Like the gardener, the innovation manager is making  minimal high impact interventions to sustain the self-organisation power of innovative organisation and still make it develop coherently with the rest of the network.