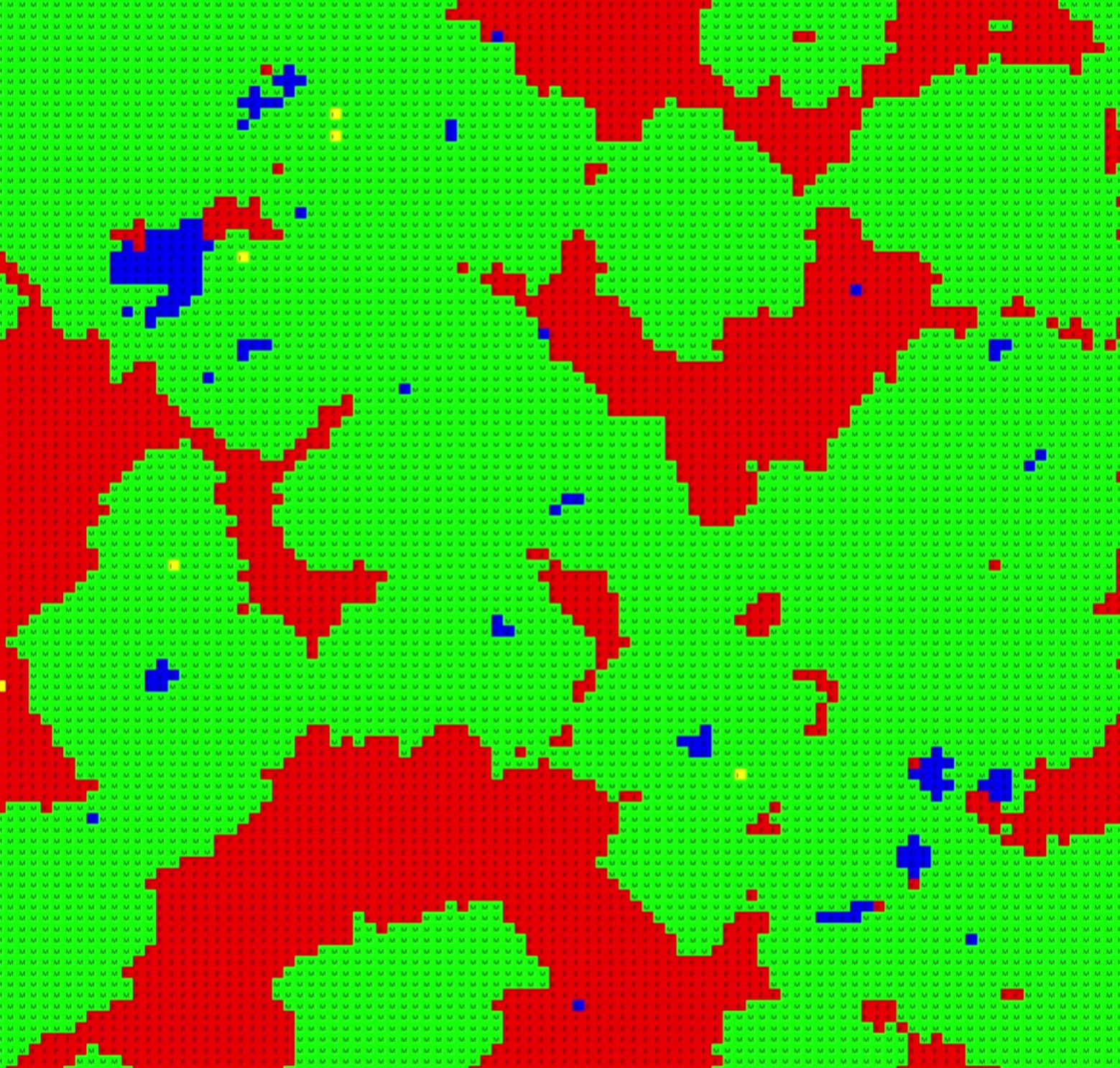 This is fun and also very insightful to understand behavior of people in groups.

Human behavior with respect to social norms and values is very complex. The last decades a new area: complex systems has developed, which focuses on complex behavior that is based on a set of simple rules. A year ago I bumped into the work of prof. Dirk Helbing, ETH Zurich. He and his team had build a complex system simulator simulating behavior of people adhering to social reules based on simple rules.

Furthermore, there are three parameters that govern the complex behavior.

Finally, there is an algorithm making agents switch with  a certain probability to behavior of the most successful neighbouring 4) agents.

People stick to social rules when it is in their self-interest.

The simulation starts in a 100×100 grid with in each grid element randomly generated roles. The roles have colours:  Green are Moralists, Red are Free-riders, Yellow are Immoralists, Blue are Conformists.

The synergy, cost and fine parameters are set in such away that synergy prevails. Initially free-riders strategy seems quite successful, but in the longer term, the moralist create more and more spaces where agents adhere to social rules and standards.

In this situation, the synergy, the reward for adherence to social rules, is rather low, but the cost of detection of non-conformance is so low and the fine for the free-rider(red) is so high, that after an initial stage, conformance is implemented and moralists (green) and conformists (blue) prevail.

In the first phase, the free-riders dominate and seems to be the most value added role. After a while, the modalists reverse this process and one can see that the moralists are in spatial clusters. These clusters protect the moralists in the cluster and reduce the exposure to free-riders at the boundaries.